Can
Verapamil
Straighten Your
Bent Penis? 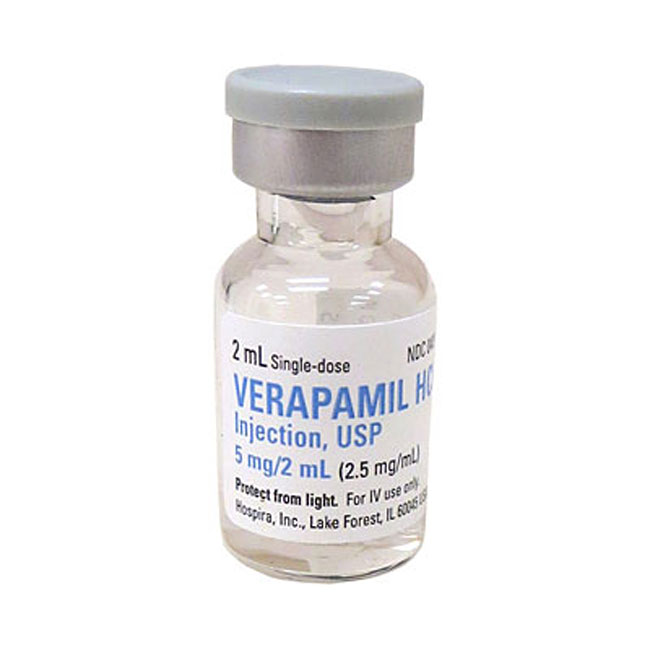 Verapamil is yet another of the injectables being tried for Peyronies disease straightening. It has been shown to be mildly effective in treating Peyronies Disease, or a bent penis, caused by plaque or scar tissue.


For effective straightening you will either need to use penile traction, surgery, or Xiaflex®.(collagenase clostridium histolyticum) injections. The only three medically endorsed methods proven to work.

Verapamil has been shown to effectively eliminate the pain that occurs during erection. It does this by softening the scar or plaque that causes the penis to bend.

The studies show varying results. But all of them seem to conclude that Verapamil is most effective in men whose erection does not curve more than 30 degrees.

"Verapamil is one of the most popular treatments, its injected directly into the plaque built up in the penis. Although it helps to soften this plaque in hopes of breaking it down – it's just not strong enough to effectively treat anything but the mildest beginning cases."

In a report (http://www.smsna.org/neworleans2015/presentations/002A.pdf) from Dr. Nelson Bennett, MD, a board-certified urologist and microsurgeon who specializes in the management of erectile dysfunction, Peyronie's disease, disorders of ejaculation and orgasm, Vasectomy, penile prosthesis implantation and microsurgical varicocele repair, he had this to report about Verapamil injections for PD :

"Verapamil for Peyronies Disease: Not Viable"

"No significant difference in curvature reduction."

Verapamil is a calcium channel blocker originally developed for use in certain heart patients.

The amount of this drug that would be needed to be taken orally for a Peyronies condition is 50 to 100 times the safe level. So, rather, it is injected directly into the scar or plaque.

Normally an injection is given every two weeks for a period of 12 weeks.

And, you still do not get a straight erection as a result.

If you straighten your erection with correct penile traction you can get straightened out 99.99% of the time and the pain during erection is also eliminated. So what really is the point of using this drug "therapy"?

It all goes back to our belief that "drugs cure everything". They don't. Sometimes there are much better methods, like correct traction. And correct traction is so good that it is now medically approved and endorsed in 29 countries.

In a long-term single-blind study, Doctors J. Rehman, A. Benet, and A. Melman reported on patients given weekly injections for six months.

They noted a small decrease in curvature in 28% of patients receiving this drug. This was not considered statistically significant. Erectile dysfunction was improved in 43%. And 57% had a measured decrease in plaque volume.

The authors concluded that this drug was most effective in patients with noncalcified plaques and penile angulation less than 30 degrees.

Less than 30% curvature really doesn't interfere with sexual intercourse. So why bother?

They also noted that it is clear that not all patients respond.

What About
Xiaflex® Injections?

Although injections are not the most effective solution, many men prefer them to surgery.

Xiaflex® is the only FDA approved injectable for treating Peyronies disease. It is more effective than Verapamil. And, it is much more expensive. About $30,000 for a full set of injections.

Xiaflex® injections are the newest injectable. Xiaflex® is the trademarked name for the drug collagenase clostridium histolyticum. BioSpecifics Technologies developed the preparation, which is manufactured and marketed by Auxilium Pharmaceuticals. 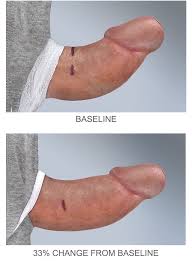 Xiaflex claims a 35% reduction in curvature for certain types of cases.

I know that doesn't sound like a lot, but, it can make a severely bent penis functional again.

Does Verapamil Gel
Have Any Value?

There is now a transdermal (through the skin) gel also available for topical use. It seems to be giving similar results to the injections without the invasive needle wounds (that can and sometimes do cause a new Peyronies condition later on).

The Gel is available by prescription only and is NOT FDA approved.

The makers of the Gel claim these results: -- 100 percent reported complete relief of pain -- 71.4 percent noticed some decreased curvature -- 86.5 percent had measurable improvements in plaque buildup -- 55.1 percent reported improvement of overall quality and rigidity of erection.

Verapamil Side Effects
and
Dangers

Side effects can also include:

There were no adverse cardiovascular events.

Warnings:  This transdermal Gel is not for everyone. Patients with specific heart conditions known as Sino-Atrial (SA) block or atrioventricular (AV) block should not use calcium channel blockers in any form. Nor should patients taking the antiarrhythmic drug Tikosyn® (Dofetilide).

Also, people taking digoxin or cyclosporine need to have their drug levels monitored on a regular basis. This drug may decrease the metabolism and clearance of the digoxin and cyclosporine.

How To Get
The Safest and Most Effective
Penis Straightening Results

If you have been reading the pages on this site, you will know that the ONLY safe, medically approved, effective way to straighten a bent penis is with correct traction.

Once the shaft is straightened by traction, the pain that was experienced during erection when erections were bent, no longer exists.

Correct traction is now endorsed and recommended by doctors

Correct traction is also non invasive (no surgery or injections) and affordable to any man. One of the best penis traction devices in the world costs under $300.

Once again it comes down to our own current education on health. Most of us have been taught to believe that we need a drug to fix every human physical condition. And this is just not true!

The studies clearly indicate that drugs like Verapamil, Collagenase, Interferon, Steroids, etc. etc.... are not the answer to Peyronies Disease, a bent penis of any kind, or even a curved penis.

is the only method of penis straightening

in correcting penile curvature of any kind."