The
Kegel Exercise
Is For Women
AND
Men

The Kegel Exercise is very well known with women. It is most commonly used to strengthen the muscles on the walls of the vagina. Especially after childbirth.

The exercise will tone and firm the inside of the vagina and therefore create more tightness and sensation during intercourse.

As men, we love this and encourage the practice in our women. Of course we do! It gives us greater pleasure during intercourse.

But, there are a number of much more important benefits that can be obtained by practicing the kegel exercise for BOTH women and men!

Special benefits for men also include:

When The Kegel Exercise was Invented

Dr. Arnold Kegel, a gynecologist, was the man whom this exercise was named after in recent times. He is said to have invented it.

Nothing is further from the truth.

The ancient Chinese took all their healing methods from nature. They noticed that the deer were a very prolific animal. And could engage in sexual intercourse frequently.

So they followed and studied the daily habits of the deer to see if they could increase sexual powers in human males.

So they appropriately named it: "The Deer Exercise".

What is the kegel perineometer?

Dr. Kegel simply brought the ancient Chinese Deer Exercise to the attention of the Western world. And, he incorporated different size devices to insert in the vagina to aid sensation and feel during the exercise.

He also developed the Kegel Perineometer (used for measuring vaginal air pressure). The perineometer measures how hard a woman can squeeze her vaginal muscles. 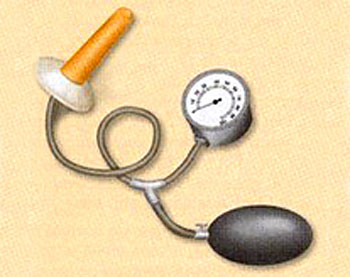 Usually after childbirth these muscles are stretched and weakened. So Kegel developed the perineometer to measure the pressure of the vaginal squeeze.

It's really overkill on technology.

Who really cares what the exact vaginal pressure is? If the squeeze feels good to her partner, the muscles are strong enough.

If it doesn't, the muscles are not strong enough. It's just that simple.

How Do They Effect
The Male Prostate?

This is The Bent Penis Website. So why an article about the Kegel exercise?

Well after a man fixes his bent penis, he usually becomes far more concerned with maintaining sexual health and well being.

This simple easy exercise can be a great benefit to a man's prostate gland. And later in life, his bladder and bowel control.

This is the same muscular contraction that happens during ejaculation. And, for prostate benefit, a man should practice this exercise as if he was trying to ejaculate.

the kegel exercise is not good
for all men

Yes, now that I've told you how great these are, I am also telling you it is not good for all men.

"Some men may worsen their prostate condition with the exercise."

Many men suffer from prostatitis (prostate pain) simply because all their muscles down there are too tight.

Their blood circulation is being strangled.

If you are one of these men, practicing these contractions will make your muscles down there even tighter.

Opening the circulation down there is what tight muscles need. That can be achieved with correct prostate massage techniques. Not with muscle tightening movements. Unfortunately, sometimes you have to experiment to find out which you need.

"If the kegel exercise is causing you pain, stop doing it! That's a good indication it is not right for you." 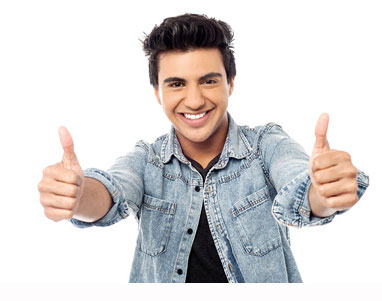 These exercises, will give the prostate muscles a really good workout. And, if performed regularly, will keep a reasonably healthy man continent even into very old age.

For this reason, practicing them can be a healthful and important exercise for men as well as women.

They can be practiced for a few moments ANY time of the day and ANYWHERE. No one ever knows you're doing them!

Just Remember:  The kegel exercise is not for everybody. Some men need just the opposite. They need to relax their prostate and abdominal muscles because they are too tight. Pain during  or after kegel exercise will tell you that.