How To
Straighten a Banana Penis
Safely and Easily

It easy to straighten a banana penis. Really very easy if you do it right.

If you are concerned about your banana penis you should see some of the men who are really having a problem. 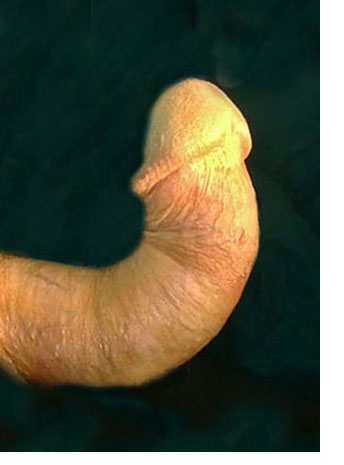 How’s that for a bent pent penis?

It’s useless for anything. And, the erection is painful.

And, do you know what? Even that horrible bend didn’t require a surgery or any kind of radical invasive treatment to get straightened out.

The same process used to straighten bends like that will straighten a banana penis quickly and easily. It only usually takes a few months. Not 9 months. Not a year. Usually just 3 or 4 months.

The Banana Bend
Is Never Serious

A banana penis is usually just a bend that is a little more than you desire. It’s more of a self conscious problem than anything else. 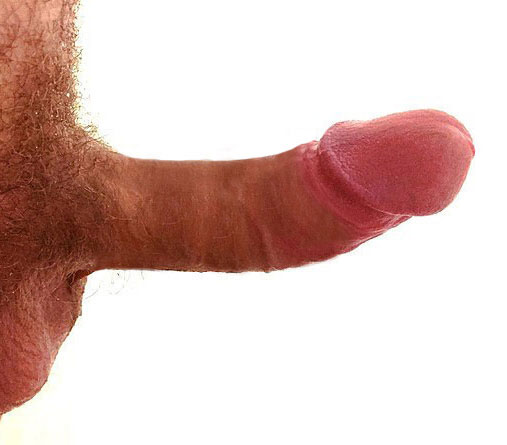 Still, if it really bothers you, it’s usually super easy to fix.

Will It Be
100% Perfectly Straight?

Probably not. But, most cocks are not perfectly straight.

Over 50% of all men have some kind of curve or bend in their erection. That’s right. More than half of us.

When you’re starting out to straighten a banana penis, and you see how easy it’s going to be, you have a vision in mind. Right?

A straight as an arrow, rock hard, blue steel erection. 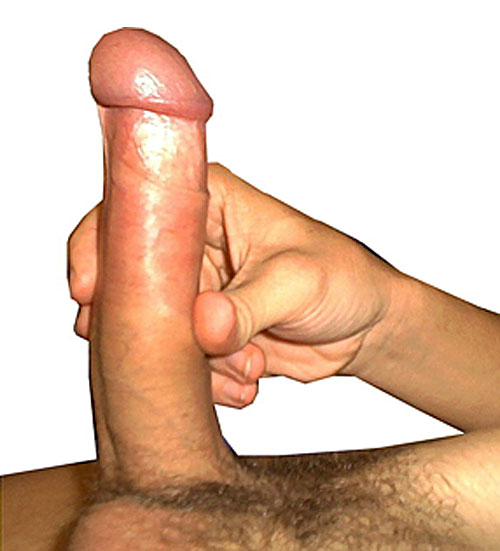 Well, you can come real darn close. Some men get there. Most men get to the point where no one ever again says: “Wow. Your cock is really bent.”

No. Those days can be behind you too.

But, I’m going to tell you something. You are going to scrutinize your own shaft to the millimeter. Every day.

Because you are entirely fixated on it right now. And, that’s OK too.

The guy with the cock you saw pictured above would have paid thousands, many thousands of dollars just to have a cock like the one you have now.

And, that doesn’t make your desire any less valid. A straight hard cock is a real pleasure to have sex with. I know the difference personally. And, I like it.

But, I’ll tell you something right now, a banana penis doesn’t feel much different, or give you any less pleasure, than one that’s straight as an arrow. I’ve had both.

It’s just that the banana penis makes some men very self conscious. Or, it just doesn’t appeal them. It’s OK either way.

What’s most important is what makes you happy.

It’s A Matter
of
Perspective

The problem a lot of us face is our own lack of gratitude for what we are using right now. Again, think about the guys who have those monster bends like you saw in the first picture.

Please, don’t take that as a reprimand of any kind. It’s not. But, there is so much pressure from advertising, that if we are not absolutely perfect in every way, we think we should be worried. Nonsense.

I’m just like that myself. After I got Peyronies disease and was bending at a right angle, a banana penis was a dream for me.

It’s all a matter of perspective.

If It Makes You Happy
Go For It!

If you really want to get straighter, go for it!  It’s easy. It’s inexpensive. You won’t need a surgery (and that doesn’t guarantee perfect straightness either). And, straightening with correct penis traction is safe if you do it right.

Forget about all the risky practices like jelqing, penis “exercises”, or any other risky method that can cause it’s own problems.

Drugs? Injections? There are no drugs or injections that fine tune an erection. All those things are just trying to get the major benders a little straighter so that they can be functional again.

The banana penis only needs a fine tuning. It’s not a major overhaul.

Straighten a Banana Penis?
Or,
When To Forget About It 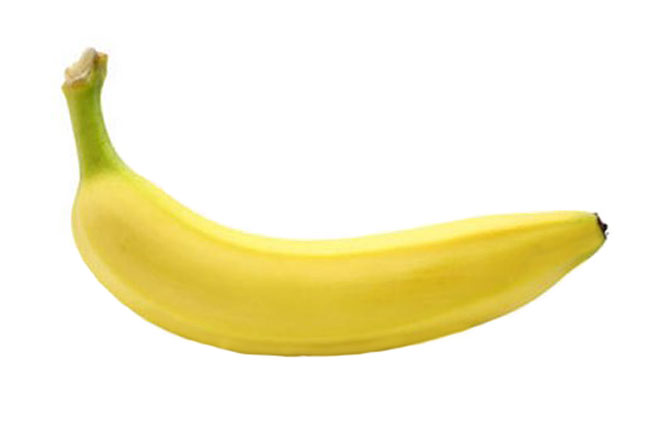 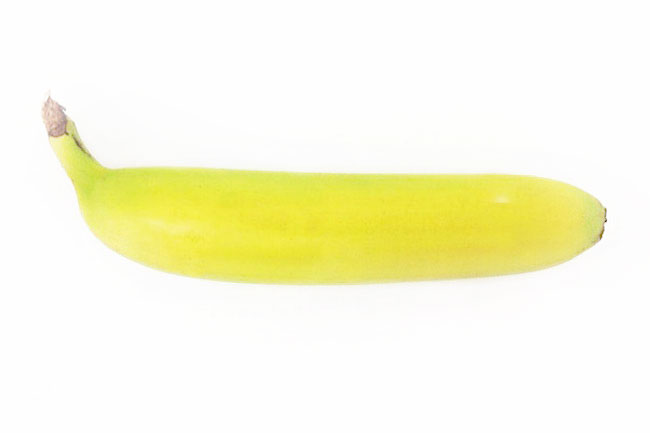 Yes, you can straighten a banana penis. As you learned, not necessarily perfectly straight. But, nicely straight.

Here’s the point I want you to understand:

If your bend is really minor. I mean you noticed it one day and were upset. BUT, it is really a small bend. Not even as curved as a banana:

Really. It’s never going to cause you any kind of sexual problem.

We all obsess. And, when we are young men, our cocks are really super important to us. And, we prize them. They are a big part of our identity.

There’s nothing at all wrong with that. It’s natural. We’re sexual beings at the height of our sexuality. We want a great cock even more than a great car. Right?

I hope you are seeing the humor there....

Over 50% of the male population has penis curvature to some degree. So, if yours is slight, just relax with it and leave it alone.

On the other hand, if your curve is at least as much as a banana and you want to straighten it out, go for it.

Just do it safely.

Don’t go penis stretching in all the ways you can find on the internet if you want to straighten a banana penis. You'll be headed for a disaster. Forget about jelqing. Either by hand or with a device. Penis exercises are the same thing and just as dangerous. A penis pump will not do a thing to straighten it. And, surgery was never meant for a small banana bend.

The same method that is used safely for a horrible bend like you saw above, is the safest and most effective method to straighten a banana penis. 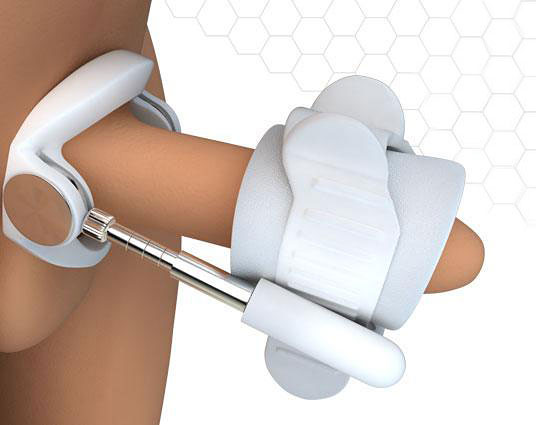 The method is medically endorsed and doctor recommended in 29 countries world wide. Including the USA and Canada.

It will cost you less than $300 for one of the best penis traction devices in the world.

And, in a few months, I think you’ll be more than happy with the results you see.