Is there Such A Thing?? 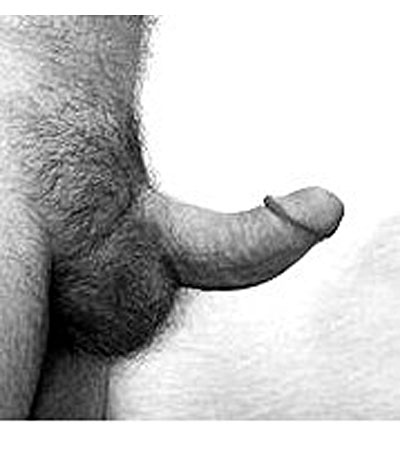 "Then why do I have a bent penis?"

There is no bent penis disease.

Then why are your erections bending?

"Not knowing what causes severe penile bending is why so many men suffer needlessly.
This makes us wonder if we have a 'disease'."

99.99% of the time, we do not have any kind of penile disease. We have a simple, though personally horrifying condition that has developed.

There are basically only three things that (99.99% of the time) cause a bent or curved penis:

1)   A scar and/or plaque formation

Birth defects resulting in a bent penis are extremely rare!

The genetic curve is very common. About 40% of the male population has some small penis curvature. 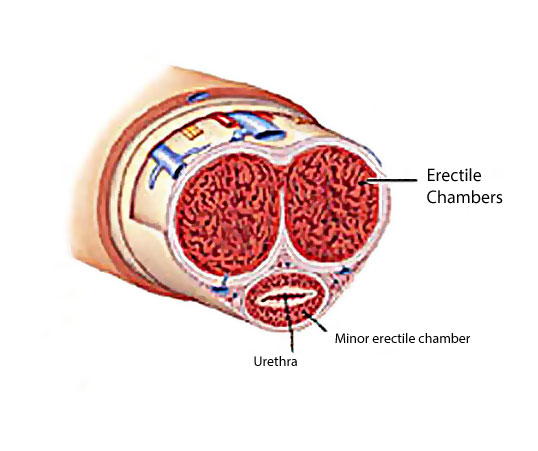 Why the shaft bends was discovered by a man named Francois Gigot de la Peyronie in 1743. And, that is where the "Peyronies Disease" name came from.

What de la Peyronie discovered is that some internal scar tissue or plaque formation was not stretching sufficiently on erection and this is what caused the bending or curving.

That's really all there is to it!

This bending is not a disease. It is a simple condition.

"There really is no such thing as a 'bent penis disease'."

A Scar Is A Condition
Not A Disease

The reason most men think this is a bent penis disease, is because the scar is internal and they can not see it. So they don't know why the bending is happening. 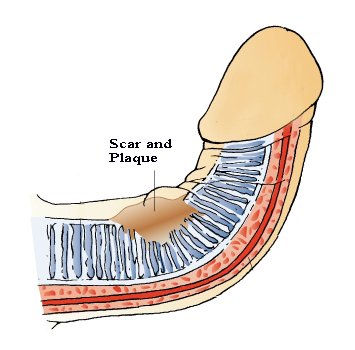 The biggest problem with this is: men who have this condition are told they have "Peyronies Disease". Oooo. Aghh.. Ughhh...

Then, they believe they are ill. But, they are not! And, unfortunately, most of them will worry terribly and grasp at the first possible treatment to remedy their "bent penis disease".

These men agonize over it. I did! It is frightening when you don't know what is really happening. Some men spend all kinds of money on treatments that don't really fix it. That makes the frustration and depression worse. And, many men will become psychologically impotent over the whole situation.

First: there is no "cure". Because there is NO disease.

Doesn't that just make you feel better right away?!

So now, when we say "Bent Penis Disease Cure" what we correctly mean is "Curving Erection Condition Correction". Ahhh... Doesn't that sound better?

"And, a "Curving Erection Condition Correction"
is very simple to correct 99.999% of the time.
Without surgery.
Without injections. Without drugs."

As you now know, the scar and/or plaque that is causing your erection to bend is made of tissue that is not as stretchable as the normal tissues of the penis. That's what creates the problem.

On erection (when the shaft expands 2 -5 times it's limp size), the scar/plaque can not stretch as much as the surrounding areas. This makes the shaft bend in the direction of the scar/plaque.

That's how it works. It really is that simple.

Now, if you stretch out that scar tissue enough, it will be able to keep up with the surrounding tissue when the shaft becomes erect. That is all the correction is.

The Cycle Of A Scar
in
"Bent Penis Disease"

This is usually why men think they have a bent penis disease. And, as you know, it is a horrible experience emotionally.

40% of the time the scar will loosen up and all the bending and pain will go away all by itself. This comes at the end of the scar's development cycle and usually takes about 18 - 24 months.

For the other 60%, stretching the scar(s) out sufficiently will be necessary to resolve the condition and bring the erection back to normal. Or, with surgery, you can cut it a number of ways and risk all kinds of hideous possible side effects.

Stretching The Scar
IS Simple

Of all the methods ever tried for stretching this penile scar tissue, correct penis traction has been clinically proven to be the Most Effective and Safest method.

Correct traction is so good, in fact, that it is now medically endorsed in 29 countries worldwide. 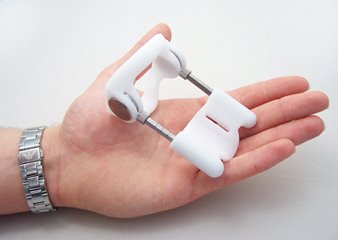 The penis traction device was invented in 1994 by Dr. Jorn Ege Siana, M.D..

Dr. Siana is a director and founder of the Scandinavian Clinic of Plastic Surgery in Denmark and Germany. He is a penile surgery specialist.

Prior to the development of his traction device, surgery was the only real option for men with a severe and chronic bent penis condition.

These surgeries, however, came with many possible horrible side effects. Including a guaranteed shorter erection with the (Nesbit procedure) and impotence!

Since 1994, traction has been clinically proven superior to every form of penile straightening (including surgery) in every study. And traction has none of the associated horrible risks of these surgeries.

The major benefits of the traction method are:

There Is No
Bent Penis Disease

So if you have discovered you have developed a badly curving erection and you doctor tells you that you have Peyronies Disease:

You can Stop Worrying! It's not really a "disease". It is a simple condition that is easy to correct 99.999% of the time.

I know it looks bad. It may be painful. It may scare you terribly!

But, just remember: all you have is a scar that is causing your erections to bend. There is no such thing as a bent penis "disease".

If you stretch that scar out sufficiently, your erections will look normal again! And the best way to stretch those scars out, according to all the clinical studies, is with correct penis traction.